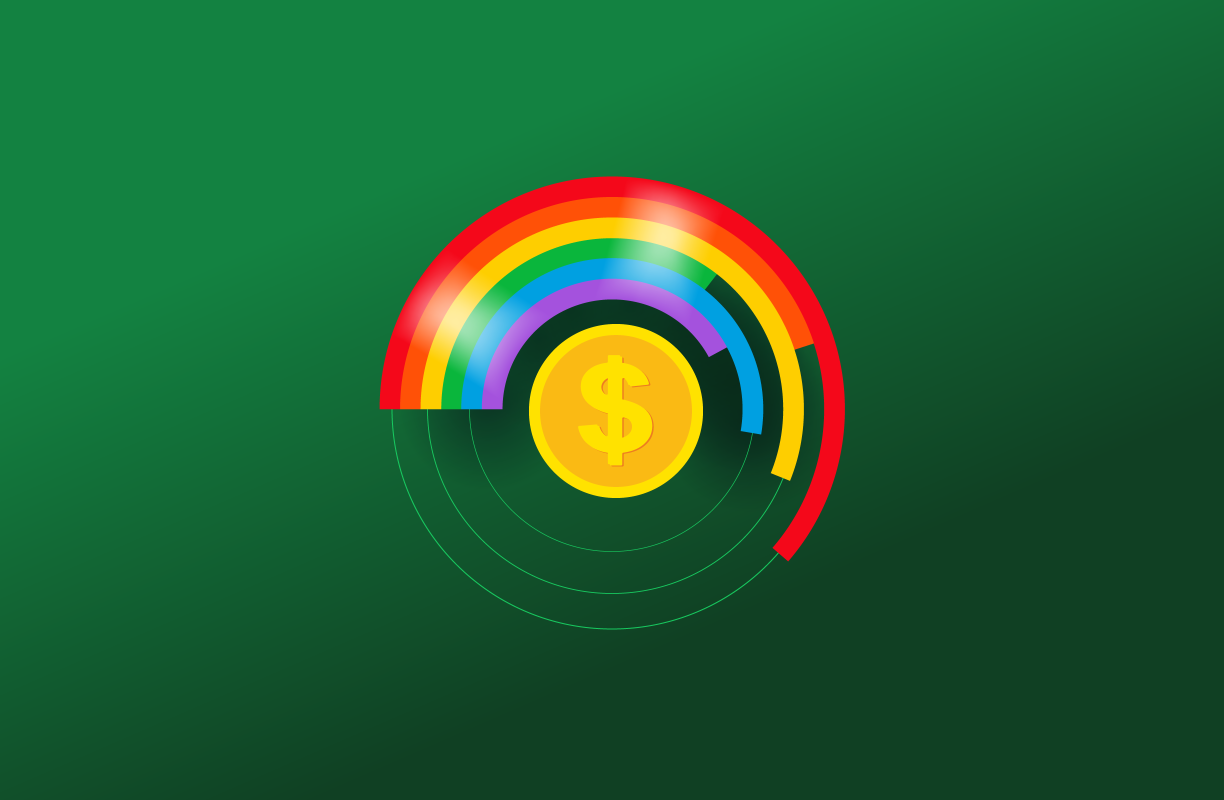 LGBTQ+ Americans still have a long way to go to get over the rainbow, despite recent victories in protections and rights.

Poverty rates, food insecurity and lower earnings are discouragingly high for gay, lesbian and trans people across the country. Workplace bias continues too, and higher healthcare costs are an everyday reality.

The perception of LGBTQ folks as prosperous urban dwellers undoubtedly persists, but the reality is different, with continuing discrimination and a very real “gay pay gap.”

The past several years have brought both major advances and serious setbacks in LGBTQ+ rights, complicating our financial lives while we face new and old uncertainties.

Two landmark decisions have redefined our financial prospects: the 2015 decision extending marriage to same-sex couples and 2020 decision barring discrimination in employment. Both have had enormous impact on our financial security, from securing property rights to enabling more stable paychecks.

But hurdles remain – challenges unique to the LGBTQ+ community. As LGBTQ+ rights have expanded, our economic well-being still lags behind most Americans.

1. Food insecurity is all too common

Not having enough money for food is more common in the LGBT community than with other Americans. One in four LGBT people experienced food insecurity in 2019, according to a UCLA Williams Institute study. That percentage is more than twice the number experienced by the general population.

Gender pay gaps remain in the community too. A recent MSNBC report reveals the average household income for female same-sex couples was nearly $100,000 versus $130,000 for the average same-sex male couple.

After a lifetime of lower earnings, the LGBTQ+ community is also under-prepared for retirement, saving less than most Americans on average. LGBTQ+ elders also struggle with different needs, with many moving to more accepting parts of the country in their retirement years, where living and housing costs can be much higher.

To align with Supreme Court’s 2021 Bostock decision against employment discrimination, the Consumer Financial Protection Bureau formally clarified that “discrimination by lenders on the basis of sexual orientation and gender identity is illegal.”

4. Bias in the workplace continues

Earning a steady income year after year is essential for financial stability. But many queer workers face biases that can interrupt their professional lives.

Despite legal protections against employment discrimination, 47% of LGBTQ+ workers believe being “out” at work could hurt their career, citing everything from losing their job to missing out on promotions or special projects.

Maybe most surprising, given strides made to date: 43% of LGBTQ+ workers are not fully out at their workplace, and at the top, queer representation is miniscule, with less than 0.3% of directors at Fortune 500 companies serving out and proud.

Any family living outside of conventional biological childbirth can encounter these costs, but almost all LGBTQ+ folk face them.

Almost 30% of LGBTQ+ Americans report having a hard time affording necessary medical care. More than half of transgender Americans reported the same, with 1 in 3 required to “teach their doctor about transgender lives in order to receive appropriate care.”

The disparities are even more stark with LGBTQ+ minorities. According to a new report by the Trevor Project, 40% of queer Asian American and Pacific Islander youth considered suicide in 2021, with approximately 16% attempting suicide. (Among all young Americans, that number is stands at 8.9%).

More resources and education can help

Limited freedoms and restricted self expression can have deep repercussions, from low financial literacy to stalled education to limited work opportunities.

But more and more resources are available, from queer financial advisors familiar with our unique issues to LGBTQ-conscious investment funds.