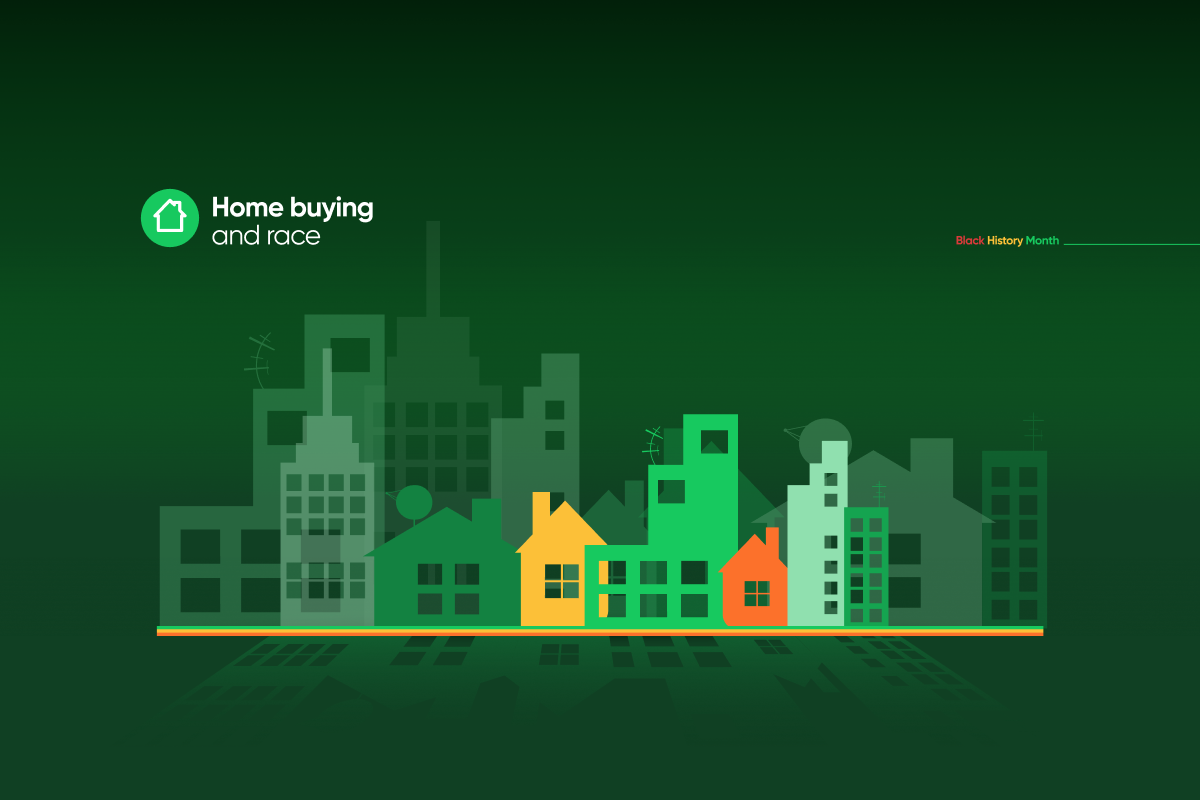 The American dream is supposed to be for everybody, and in our modern translation, that typically includes buying a house. But Black Americans face hidden obstacles and biases, baked-in discrimination that many Americans might find surprising.

Regardless of our dreams, homeownership remains the primary tool for Americans to build and pass along wealth. Between homeowners and renters, families that own homes have a median net worth 80 times greater than families who rent.

There are lots of pros and cons to home ownership, and the market is especially tough right now, but it’s still a major wealth-building tool.

That’s why the numbers can be tough to take in. According to 2020 data from the Home Mortgage Disclosure Act, lenders deny mortgages for Black mortgage applicants at a rate 80% higher than that of white applicants.

That number has been hotly contested, but when they do qualify, the same study is clear that Black borrowers are paying higher median interest rates and more total loan costs compared to white borrowers.

Some of this may be due to lower credit scores. Today, a racial “credit gap” directly impacts who owns a home: only 21% of Black households have a FICO credit score above 700 (a common qualification for a conventional mortgage), compared with more than 50% of white households, according to researchers at the US Census Bureau.

There are also obstacles built into housing codes. For example, a lot of zoning favors single-family homes, which forces builders to prioritize larger, more expensive houses that only wealthier, and primarily white, Americans have the credit and wealth to buy.

By discouraging building for families with less wealth and credit, this kind of zoning disproportionately impacts families of color, while also worsening the current housing crunch. President Biden’s Build Back Better legislation proposed $1.6 billion in grants for cities and regions looking to update their codes to promote new housing that diversifies neighborhoods, and while that law and its funding are still in limbo, at least a remedy is front and center.

Some day-to-day real estate practices also seem to show biases. Last year, a Bay Area Black couple earned headlines when their home’s appraisal went up almost $500,000 after they asked a white friend to pretend the home was theirs.

When the Black couple “erased themselves” from their home, removing family photos and art that could be viewed as African or African-American, and invited a white friend to stand in, the appraisal jumped substantially.

The couple sued the appraiser, asserting bias against their predominantly Black neighborhood too, where price-setting comparisons with other homes deliver “a skewed and race-based valuation of the property.”

Adding fuel to the fire, as the San Jose Mercury News noted, “a Brookings study released in 2018 reported that houses in majority Black neighborhoods in U.S. metropolitan areas were appraised for 23% less than properties in mostly white neighborhoods, despite having similar quality and amenities.”

More likely to be denied

The bias goes beyond valuations and appraisals. According to a recent Zillow study, in ZIP codes that are predominantly composed of Black households, “applicants of all races -- but especially Black applicants -- are more likely to be denied.”

Historically, there’s a parallel to “redlining,” a practice dating back to the 1930s where regions and neighborhoods were regularly devalued by lenders because of their perceived racial and ethnic make up. The practice was at least officially outlawed with the 1975 Home Mortgage Disclosure Act.

So how bad is it?

Mortgage lenders and the real estate industry defend their practices, citing their adherence to the laws and the algorithms of credit bureaus.

But just last year, an industry analysis by the Associated Press came up with the same numbers, reinforcing the contested study from 2020 and finding “lenders were 80% more likely to reject Black applicants than similar white applicants.”

According to the AP, in response to industry critics, their analysis holds “17 different factors steady in a complex statistical analysis of more than 2 million conventional mortgage applications for home purchases” across the US.

To counter the study, industry defenders critique the AP for looking at only conventional home loans and excluding more affordable FHA and VA loans. In response, the AP study points to all lenders’ over-reliance on credit scores, which are often considered racially biased for excluding on-time payments for rent, utilities and mobile phone bills.

The numbers are complex, and the accounting can seem opaque, but at the heart of it, the arguments aren’t typically around whether or if discrimination in home buying exists. It’s more a matter of accurately understanding its scale.

The AP report quotes Chi Chi Wu, a staff attorney at the National Consumer Law Center: “This is how structural racism works. This is how racism gets embedded into institutions and policies and practices with absolutely no animus at all.”

Bright works for everybody

While Bright doesn’t offer home loans or credit cards at this time, our technology uses many more data points than any credit agency or credit card company, leading to highly individualized decision making. The data science driving our MoneyScience™ AI responds and adapts week by week, focused on your current and future finances.

When you use our credit card management service, Bright addresses the factors that impact any credit score, always making card payments on time and often making multiple payments within each month, to improve your positive payment history.

Bright works for everybody, for every goal and every plan. No credit check is required to join Bright, and our pricing is always transparent, with no hidden fees.

If you don’t have it yet, download the Bright app from the App Store or Google Play. Connect your checking account and your cards, set a few goals and let Bright get to work.

This is one in an ongoing series of Bright articles on race, credit and money in America.

How does Bright pay off my credit cards?